Kunle Mwanga will exhibit some of the many works of art he has collected over his years of traveling around the world as producer, manager and musician. His collection of paintings, photographs and wood carvings will be included in this exhibit of works from Nigeria, …Germany, the Netherlands, Switzerland, Papua New Guinea, France and the United States.
Exhibition Jan and Feb 2014 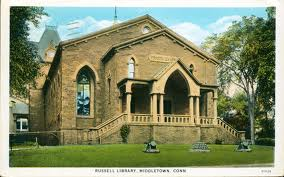 January 11, 2014|By ERIK HESSELBERG, Special to The Courant, The Hartford Courant

MIDDLETOWN — “Ever see those cats?” Kunle Mwanga says, pointing to a poster of greats from the free-flowing era of 1960s jazz.

In the group portrait are saxophonists John Coltrane and Archie Shepp and trumpeter Miles Davis, all three seminal artists of the period. Mwanga knew them all.

“Miles was a pretty hip cat,” Mwanga says. “I could tell you a few stories about him.”

At 71, Mwanga walks unsteadily with a cane. This unassuming, scholarly-looking man was once at the center of the avant-garde jazz movement, when iconoclasts like Coltrane and Ornette Coleman — whom Miles Davis declared was “all screwed up inside” but nevertheless a “jiving baby” — were pushing musical boundaries.

A former record producer and manager, Mwanga worked with such musical talent as the Art Ensemble of Chicago; saxophonist Anthony Braxton, whom he met in Paris; and drummer Ed Blackwell, a pioneer of the free-drumming style. His work took him all over Europe and North America, journeys that allowed him to indulge in his other great passion — collecting art.

“I love art,” Mwanga said. “Just about everywhere I went, I picked up something.”

Many of pieces were displayed in a gallery he ran in Greenwich Village in the 1970s called Liberty House. The shop, on Bleeker Steet in the West Village, became a gathering place for musicians, painters and writers, including James Baldwin and Toni Morrison.

When Mwanga moved to Middletown in 1990 to join his friends Blackwell and Braxton, both of whom accepted teaching posts at Wesleyan University, his vast collection had to be put in storage.

Then he met Susan Honer, who coordinates exhibits at Middletown’s Russell Library, near where he lives.

Over the years, Horner prodded Mwanga into displaying a piece or two at the library. Some months ago, she talked him into mounting a major show, displaying 30 pieces on the library’s two floors. The exhibit opened Jan. 2 and runs until the end of February.

The show features a wide range of artwork, including black and white photographs of noted jazz musicians, contempoary paintings, and prints and crafts from Africa and South America.

Of special significance are a large, carved, ceremonial mask from Papua New Guinea and an elaborately carved bas relief showing tribesmen paddling a canoe amid exotic flora and fauna. There is also a striking batik wall hanging from Nigeria.

Contrasting with these ceremonial objects are contemporary works, such as a series of non-representational paintings by Dutch artist Hans Klein Hofmeijer.

Especially prized by Mwanga are the dozen or so original black and white photographs of famous African American jazz musicians like John Coltrane, Archie Shepp, Randy Weston, Anthony Braxton and Ed Blackwell. The images were captured by British-born photographer and jazz writer Val Wilmer, whom Mwanga met during his Greenwhich Village years.

Honer, who has been admiring Mwanga’s collection for years, said she is excited that the public can now enjoy the fruits of his passion.

“It’s not often that you can view works of this caliber at the library,” she said.